There are various 2D bar-codes, where the data-matrix and the QR Code seem to be the most common 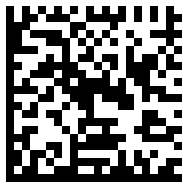 Here is the example of the data-matrix.
It can be easily recognized on the dark outline at the left hand and the bottom side of the structure.
The content, that is the message and error correction, is placed in the structure in a diagonal fashion.

I encountered the Aztec code the last time when I was traveling. This code seems to be the preferred 2D bar-code used on boarding-passes. The little pyramid used as the marker in the center was the reason for naming this code.
Same as with the data-matrix and the QR Code, the content is a message and a error correction part. Data is placed in the structure  in a circular fashion starting in the center. 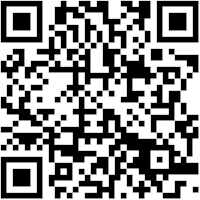 I would prefer the QR Code above the other two mentioned codes for a couple of reasons.