Quote from the movie Fallen: "Where is the fun in that?"

The first generation of linear bar-codes were a revolution in tagging products in supermarkets. Not only the checkout became easier, with the cashier computer recognizing the product and add this to the tally, the inventory of the shop could directly be updated and the complete checkout process was tasking significantly less time for the customers.
And  now with the introduction of the 2D bar-codes a lot more of information can be stored in the bar code.

Why are there so many stories that a QR Code powered campaign is not working? 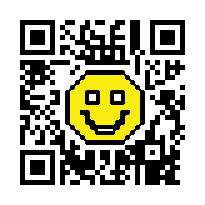 At the release of linear bar-code there was a clear win-win situation for customers and companies, and yes at that time there was already a discussion going on concerning the graphical appeal of these code. The linear codes were and are a big succes.

One of the issue's that I see is the unlike with the linear bar-code, where customers do not need to actually scan the code itself, scanning the code by the customers is required in the case with the 2D Codes used for campaigns. This means that besides the effort needed to make a campaign both offline and offline, were both campaigns complement each other, the QR Code itself and the way to use it also has to be promoted.
Since more and more successful QR Code usage is reported these days I would suspect that in a couple of years time the QR Code promotion itself, including links of where to download readers will no longer be needed.