Quote from the movie Vertical Limit: "It was cutting-edge stuff back then." 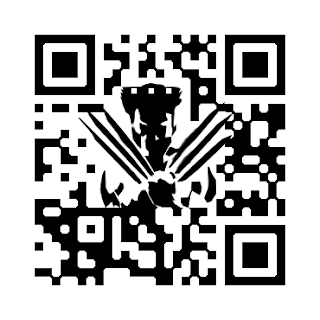 The QR Code has been invented in 1994, and it was invented due to limitation in the standard bar-code that exist from the 1960 area. The QR Code has been reinvented to use in combination with smartphones by the time the phones themselves became smart enough to read the content. These day I read a lot of articles that already declare the QR Code dead and or obsolete.

Just as the QR Code has added functionality to the standard bar-code with regards to capacity and possibilities, all products in a supermarket are still holding the normal bar-code for identification.
For the purpose of adding a link to additional information to a printed media like a billboard, advertizement in a magazine, business card, shopping window flyer, etc. the QR Code doesn't run into limitations that call for a new technology.

The appearance of a QR Code might not be to everybody's liking, but the same could be said for the old bar-code, and that one is still around. And there are still a lot of companies, including my own that offer graphical enhancement to make a custom QR Code that is graphically more pleasing.

The Custom QR Code as a means to connect printed media to the internet is in my opinion still cutting edge technology.
Geplaatst door Kangaderoo op 11:06 AM
Email ThisBlogThis!Share to TwitterShare to FacebookShare to Pinterest